35 percent of biggest companies own ____sucks.com

A study of Fortune 500 and other companies found that one in three have bought the name, say, walmartsucks.com. But corporate attitudes toward hate sites vary widely between, say, Dell and Xerox:

FairWinds based its analysis on 1,058 domain names for companies on the Global 500 and Fortune 500 lists. Of the companies surveyed, 35% own the domain name for their brand followed by the word “sucks.” They include Wal-Mart Stores, Coca-Cola, Toys”R”Us, Target and Whole Foods Market, according to FairWinds. Some 45% of these domains have yet to be registered by anyone. The study found that the majority of companies that do own these domain names publish no content on them.

Some have been much more aggressive than others. Xerox, for example, has bought or registered about 20 unflattering domain names, including xeroxstinks.com, xeroxcorporationsucks.com and ihatexerox.net. But other companies, such as Dell, have taken a more hands-off approach. DellisEvil.com, MyDellSux.com and IHateDell.info are for sale, but the computer maker says it has no interest in buying them. 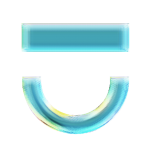